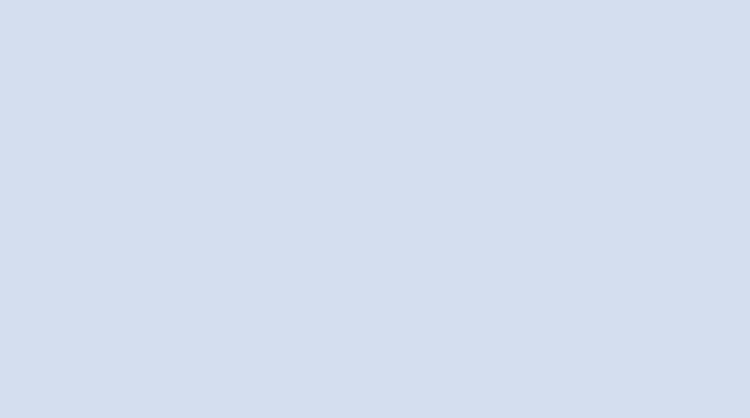 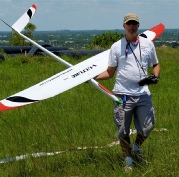 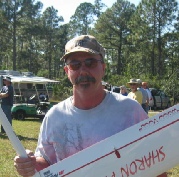 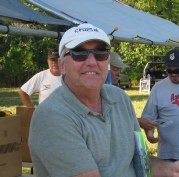 Paul Mittendorff - I started flying in 1993.  Always wanted to fly RC and after graduating college I found my self in aposition to start.

Of course I then went about it the hard way. Started solo and spent quite a lot of time "repairing" my first glider.  But I will always remember the day I came off my highstart and about 1 minute later realized I was higher now then I was when I started.... My first thermal!

I later met up with a bunch of other fine flyers in my local "sticker" field.  Soon they introduced me to the cub flying off the Pompano Landfill....  Been flying ever since.

Gordon Buckland has loved all aspects of flying since as early as rubber powered stick models in Grade 1. Growing up in rural Australia he began building and flying free flight and Controlline models through primary school and graduated to RC at 15 YO with an .049 powered Honker. With a love of soaring Gordon built an 80" Trident and a Silent Squire sailplane from RCM plans. A Dodgson Maestro Mk III soon followed and at 22 YO Gordon came 3rd in his first TD contest - the Central Qld Championships.

Enjoying the thrill of competition Gordon was active in RC F3B sailplane competition until the mid 80's winning a Qld Championship along the way.

When his 2 sons were born model aircraft took a back seat for 23 years.

After moving to USA in 1999 it was the Buzzards Soaring Contest sign that re-ignited a passion long forgotten at the end of 2008.

Since Feb 09 Gordon has returned to TD soaring with a purpose. His goal is to complete the LSF program he began in 1982 as quickly as possible and then attempt to complete the entire program again in one 12 month period. Gordon has two sons in Florida - Jamie and Nathan. Jamie has also taken up RC soaring and most weekends can be seen out practicing with his Dad.

Rick Eckel, a Professional Engineer by trade, began modelling by building and flying small .049 u-control models when he was in junior high school.  After high school he took a hiatus from modelling while he attended college, served in Vietnam, got married and began his career.  In 1993 Rick's brother became interested in electric RC.  Brother Ken built the PT-E that got Rick active in RC.

On the way out of his neighborhood to maiden the PT-E Rick spotted and followed another modeller to the Buzzard's field.  The Buzzards helped trim and fly the plane and let Rick hang around until he broke down and built a Spirit 2m sailplane and became a member.  He has been an avid flyer and soaring competitor ever since.  He has served as the Orlando Buzzard's President and a CD (Contest Director) for many years and enjoys helping other pilots improve their flying technique and skills whenever he can. 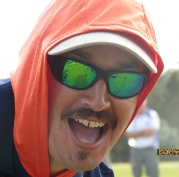 Jody Miller - I started my R/C glider career chasing Guillows gliders and the winch chute at the buzzard field since before I can remember. My Dad was big into F3X and I remember attending many contests around the US. When I was of age, I got my first radio for Christmas and put it in a Gentle Lady I had built with a Cox .049. After learning R/C well enough to not repair the model after each flight, I got into free flight. We flew indoor, hand launch, 1/2 A gas, and towline glider which I flew competitively for some time. Having not flown any contests for years, I was back at the buzzard field watching my brother fly in a DLG contest. I was hooked. My time back has been very rewarding meeting new people and gaining knowledge of the sport.

FSS is a great organization for anyone looking to start or continue their soaring hobby. There is lots of talent waiting to help anyone who is interested in this wonderful sport.